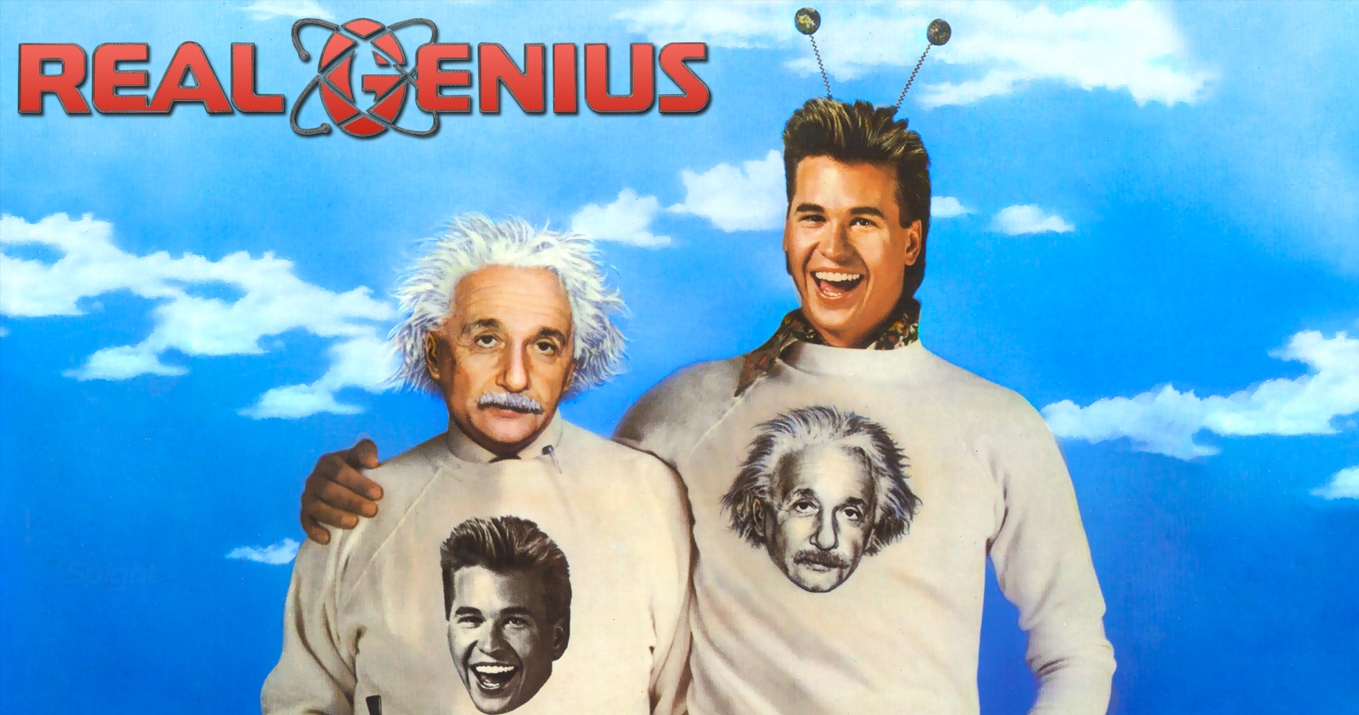 Chris Bricklemyer (Outside the Cinema) and Ryan Luis Rodriguez (The Coolness Chronicles) join Mike to discuss the 1985 film from Martha Coolidge, Real Genius.

Written by Pat Proft and Neal Israel, the film stars Gabe Jarret as Mitch Taylor, a 15 year old who is recruited into a top engineering college by Professor Jerry Hathaway (William Atherton). Hathaway has been secretly contracted by the US military to create a new weapon -- a space laser -- which can vaporize a target from the upper atmosphere. Mitch is paired with the hottest of hot shots at the school, Chris Knight (Val Kilmer) in a real career kick-starter role.

Interviews on this episode include Gabe Jarret, Neal Israel, and the one-and-only Jon Gries.

Listen to "Episode 587: Real Genius (1985)" on Spreaker.
Links:
Become a supporter of The Projection Booth
Buy Real Genius on Blu-Ray