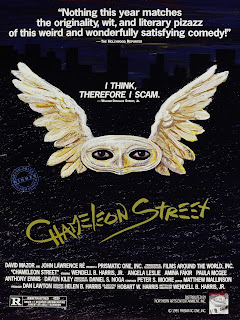 #Noirvember 2021 continues with a look at Wendell B. Harris Jr.'s Chameleon Street (1990). After winning the Sundance film festival in 1990 the film took too long to come out theatrically and died a quick death after it did. It’s the story of Douglas Street played by Harris. He’s a man who goes from installing burglar alarms to extorting a Detroit Tiger to impersonating a doctor, student, lawyer, and more.

Links:
Become a supporter of The Projection Booth
Learn more about the restoration of Chameleon Street