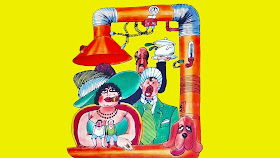 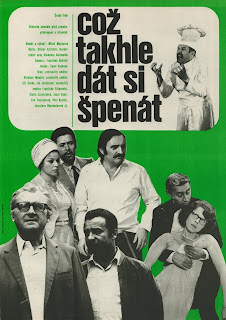 We continue Czechtember 2021 with our second Václav Vorlícek film this month, How About Some Spinach? (AKA Coz takhle dát si spenát). It’s the story of two nogoodniks Jaroslav Zemánek (Vladimír Mensík) and Frantisek Liska (Jirí Sovák). They’re arrested for trying to steal some alcohol only to get out and get involved in some corporate espionage around a wondrous machine that can make creatures younger or older and can shrink them as well. However, it has a bug that causes unexpected results when the creature has recently ingested spinach.

Links:
Become a supporter of The Projection Booth
Buy A Nice Plate of Spinach on DVD